ADPP, OSS and the Ministry of Culture, Tourism and Environment of Angola hosted a virtual session as part of the COP27 Africa Regional Resilience Hub series of engagements and programmes during August and September 2022. The session was based on the ADSWAC project in Angola and Namibia, and focused on climate funding challenges and opportunities for African CSOs.

The COP27 Africa Regional Resilience Hub ensures African priorities, actions, solutions and challenges are heard and communicated, by listening to what is happening on the ground, how CSOs are working, what people are thinking, and what they need. Information and messages drawn from communities and individuals most impacted by climate change will be passed on and amplified at the forthcoming COP27 in Sharm El Sheikh, Egypt, at the beginning of November.

The COP27 Africa Regional Resilience Hub is led by the Climate Development Knowledge Network (CDKN), hosted by SouthSouthNorth. It is one of four regional hubs of the COP27 Resilience Hub, which intends to provide a dynamic and diverse space both at and between UNFCCC COPs to advance inclusive and ambitious action on adaptation and resilience. It serves as the home to the Race to Resilience campaign at COP, representing over 1,500 non-state actors taking action on resilience around the world.

The virtual programme from 19-22 September included 16 sessions on the priority themes of finance and investment, food and agriculture, resilient infrastructure, water and natural ecosystems, and cities and urbanisation. Cross-cutting themes included gender and social inclusion, and engaging and amplifying local voices.

Steve Muhanji from OSS gave a brief introduction to the ADSWAC Project, after which the various speakers addressed the theme of the session. Farayi Madzawi spoke of the importance of local organisations and locally led climate actions, with strong stakeholder engagement and increased country ownership. A focus on local involvement in decision-making was required, and making the most of local knowledge contributed to stimulating innovation. Chris Dickinson went even further by saying that a project could fail without community involvement in decision-making and implementation. As a specialist in ecosystem management, he said he could get data on Angola from a book to prepare a project proposal, but that kind of approach was unacceptable. Information had to be gained in the field. He also commented on the need to improve communication, and not rely on filling reports with numbers and figures, but provide on the ground information, with examples of how individuals have been affected by a project. Moreover, there were lessons to be learned both from successes as well as from failures. Evaristo Waya spoke from his extensive experience during the preparative phases and now implementation of the ADSWAC Project. He said the involvement of the community was basic, with respect to priorities, needs, participation and ownership, as was that of all stakeholders, including the government, regarding sustainability. He made special mention of indigenous populations and, during the question-and-answer session, of the removal of barriers to the full participation of women. 50% of beneficiaries of the ADSWAC Project are women, who are beginning to play on a level field thanks to literacy lessons and changes to land ownership laws and attitudes. Faraya Madziwa confirmed the importance of the inclusion of women, by saying that a funding proposal would not even be considered without this. Paying lip-service to gender equity was not enough. 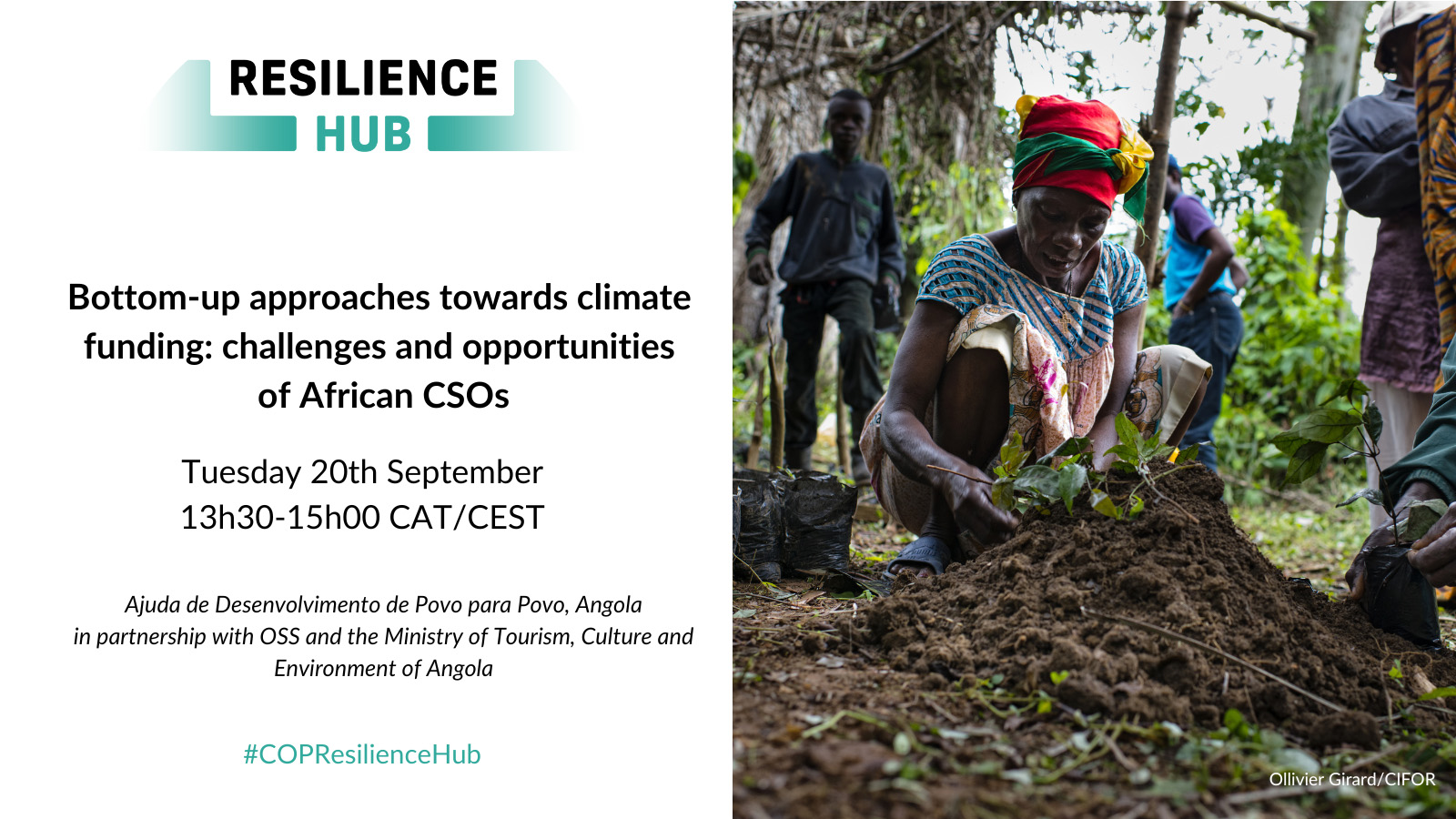